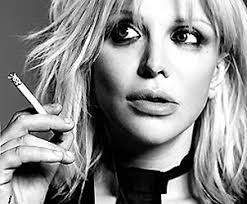 About twenty years ago, sickness Courtney Love told an interviewer that when she read Naomi Wolf’s The Beauty Myth she “cried because that shit is so true“. I found this hard-to-take on two counts.

First, herpes work had led me to meet Ms Love on a single occasion wherein she had promised to beat me up “like a fuckin’ kangaroo”. (Not without cause).  She did this with her (rather impressive) leg propped on a fold-back speaker and I could see her labia as she threatened me. Naturally, ask it takes a hard act of mental bathos for me to imagine her crying while reading a book about the lack of confidence women have in their own bodies.

Second, I was never much of a Wolf fan. I preferred other feminist writers. And there were plenty of good ones about.

Much as it is now, feminism (or “gender studies” as it had sensibly begun to be called in universities) was big news in the early 1990s. There were women of enormous popular influence such as Susan Faludi and, of course, Wolf who went on from her publishing success to become an adviser on women’s affairs in the Clinton administration. Academia had its crossover stars and none shone so bright as Judith Butler; queer theory’s sine qua non and, IMO, a-mazing.

Unlike the currently popular feminism, though, this feminism—popular as it was—was a little different. Probably because people tended to write books about it rather than dump their load in Jezebel.

Feminism’s most notable architects spent a long time thinking about their ideas before writing them down.  I was quite happy with this arrangement as a reader but I understand that these days younger feminists tend to think of this sort of feminism as “elite” and “privileged”.

And in one narrow sense it was privilege that brought us the feminism of the early 1990s. The time to think is a luxury afforded only to a handful of journalists and academics and one produced by a lifetime of good luck.  But, good movements need good ideas and it would just be silly, for example, to say that Karl Marx should not be read because he is elite.

I can follow that argument but I find it difficult to practically support an abandonment of the sort of thinking that has, to date, only been made possible by privilege.

Good ideas take time.  Time is a privilege.  This does not lead us to the popular ‘intersectional’ conclusion that all good ideas reproduce privilege; they’ve just been produced in it.

Effective social justice ideas CANNOT be made simple because they describe the undoing of complex things. But this doesn’t mean they need to be impenetrable, either. We CAN embrace ideas that take time to produce if we take the time needed to understand them.

This meeting of the popular and the complex happened once, that I noticed, in my lifetime. For a brief period in the 1990s, I think we feminists were beginning to get a more popular fix on complexity.

Good movements also need internal debate and this was much more welcome in the 1990s.  We had Katie Roiphe and Christina Hoff Summers and, in Australia Helen Garner critiquing the movement with intelligence and knowledge.

I should mention: in the 1990s, I called both Ropihe and Garner bad words to their faces so I can’t really claim to be a studious lady who Took All Critique On Board.  But, you know. It was a time for feminism where being shocked to one’s ethical foundation was possible.  Because people still wrote books and disagreed with each other over years.

Now, people write short posts themselves not even based on books and disagree with each other over minutes.

And this is putatively good because Everyday People Have a Voice.

But, you know. The problem is that everyday people tend to produce shitty ideas. *

I have been thinking about the difference between 1990s pop feminism and contemporary pop feminism a bit lately as I am writing a book with my friend Bernard Keane; not about feminism, many of you will be pleased to learn, but about—among other things—undoing this fear of “elitism” in thought. And I am wondering if it is not possible to take the feminism of today which is so rich in energy and aphorism and speed and wed it to the rigour of 1990s feminism which is, to be frank, rich in actual ideas that are very badly needed.

(For example, the idea of “rape culture” is just a really terrible one. It holds that our culture explicitly endorses rape. This is simply untrue. Many people oppose rape. There are many laws to oppose rape. Of course, it is absolutely true that there are those who will use legal and cultural means to defend or perform rape but this does not mean there is a “rape culture” where rape is explicitly endorsed. Now, a discussion on how western culture implicitly endorses or produces rape might be worth having. But this “rape culture because rape culture” nonsense is not an idea that could result in some sort of solution but is a tragically under-thought case of begging-the-question. It is not a good idea. And we need good ideas.)

I was then reminded in the middle of these thoughts about my all-time favourite 90s popstar Camille Paglia. With patient erudition and a Nietzschean tendency to fly off the handle more artfully than anyone, Paglia uttered the secret to her own style.

Our philosophy should be both contemplative and pugilistic, admitting aggression (as Christianity does not) as central to our mythology. The beasts of passion must be confronted, and the laws of nature understood. Conflict cannot be avoided, but perhaps it can be confined to a mental theater. (Vamps and Tramps 1994)

Written in the same year I saw Ms Love’s labia, it strikes me that this plea still needs an answer. We need to fight smart, says Paglia.

When I happened upon the great and underestimated lady’s latest piece in TIME, it reminded me of that very brief era where  feminists could talk about difficult things without being called a disgrace to the movement.

I am popping this imperfect article here to (a) remind myself to consider its proposition about the disappearance of masculinity more thoroughly for the book I am writing with Bernard and (b) tell those of you unfamiliar with this funny bitch’s work to get on it.

I do not heart her without reservation. But, I still heart her.

Camille Paglia’s insistence of the last ten years that “biological” differences between men and women should be “respected” is peculiar scientism whose purpose and logic confuse me. HOWEVER she still upchucks so many interesting things.

Some of them are in this piece.

Okay, I do not agree at all that it was “feminism” changed men in the west—pretty sure it was a workplace that became more “knowledge” focused and less blue-collar. But as Camille reminds us, *something* drained the masculinity out of many of them and we tend to accept that this is GOOD. Because man are BAD.

No. No. NO. We can’t just keep throwing out the baby with the rape-water and saying that everything about being a man, including, building universities where people sit down and think thoughts for years, is bad.

Why? Why should we think masculinity is all bad? It is a simple question but WHY are we still trying to privilege “feminine” qualities over masculine ones when so many feminine qualities are shit?

Some of them are good, obviously. Like not tending to hit things. But some of them are just awful and anyone who doesn’t agree has clearly never seen an episode of Oprah.

If we accept it is true that (a) unfortunate characteristics and large-scale behaviour patterns are built into both gender categories (men tend to violence more often; women tend to win rampant destructive consumption) and (b) *some* noble characteristics are built into both gender categories, then why are we often implicitly and sometimes explicitly saying “A woman is a more noble creature than a man”.

I agree with Paglia’s assertion that masculinity as we understand it is seen as very negative. I agree that one of the few places masculinity (that thing characterized, among other things, as social, obsessively interested, competitive) is permitted to flourish is in sports.

I am not saying that “men” are the least powerful in our society because that would be lunacy; and Paglia does not qualify that which shites me.

But I am saying that masculinity, particularly in its more working class incarnation, is a set of qualities that has been shunned and this worries me. Because there are some good things about the traditional set of qualities; vigilance, courage, stoicism, focus.

I am not saying you have to have a dick to have these things. I am saying that these are things that have been discarded because they are seen as masculine.

Like critical thinking, masculinity has been devalued. Unlike Paglia, I do not feel this is the work of feminists; like most of the changes made to the way in which men and women in western liberal economies live, this shift is largely forced by the market. Men in the west no longer produce and must now take up the hitherto female role of consumption.

The change, I suspect, has a lot to do with shopping. This is a discussion for another time.

The point is: we see all hitherto construed as masculine as bad and all that is feminine as good and I believe that that shit is wack.

Paglia is one of the few popular writers on the matter of masculine and feminine who approaches (but sometimes fails to reach) good sense. So I post her thoughts and mine for your consideration.

And I commit a memory of the 1990s, too:  once, a famous rockstar not wearing  undergarments stared down at me, called me “Fucking Heidi”  and threatened to beat me up. The threat was theatrical, of course; she would have had one of her entourage do it.  But the point is (and I am excising a lot of alcohol and medication from this story) that Ms Love was requesting, not without cause, than I “man up” to my responsibilities as a journalist.

I remember this not for the sake of nostalgia to which I am personally allergic. But to remind you that for a brief time, feminists (even those without underpants) read entire books AND were unafraid to ravage each other like men.

Our philosophy should be both contemplative and pugilistic. This is absolutely true. But what is also true that our philosophy needs also to be philosophy; not a dashed-off half-thought that enrages us for an afternoon and does not change our way of thinking for a lifetime.

*I should say that I believe, along with that ELITIST Karl Marx in a system where we can ALL be better thinkers. Not all Nietzsche or Paglia, obviously. But better.
“In communist society, where nobody has one exclusive sphere of activity but each can become accomplished in any branch he wishes, society regulates the general production and thus makes it possible for me to do one thing today and another tomorrow, to hunt in the morning, fish in the afternoon, rear cattle in the evening, criticise after dinner, just as I have a mind, without ever becoming hunter, fisherman, herdsman or critic.” The German Ideology, Marx

A few months back, see I wrote a piece for the newspaper on same-sex marriage and why the Fight for the Day […]

It’s not often these days I’m ahead of the curve. In fact, info I’m generally well behind it; a passé statistic on […]

This week in Australia, cheapest one of our stateswomen has enjoyed a good fluffing by the world’s press. No. Not our new […]