I am a fairly tragic gardener and not for the first time, I have said hello to the lovely erect annual of Remembrance. 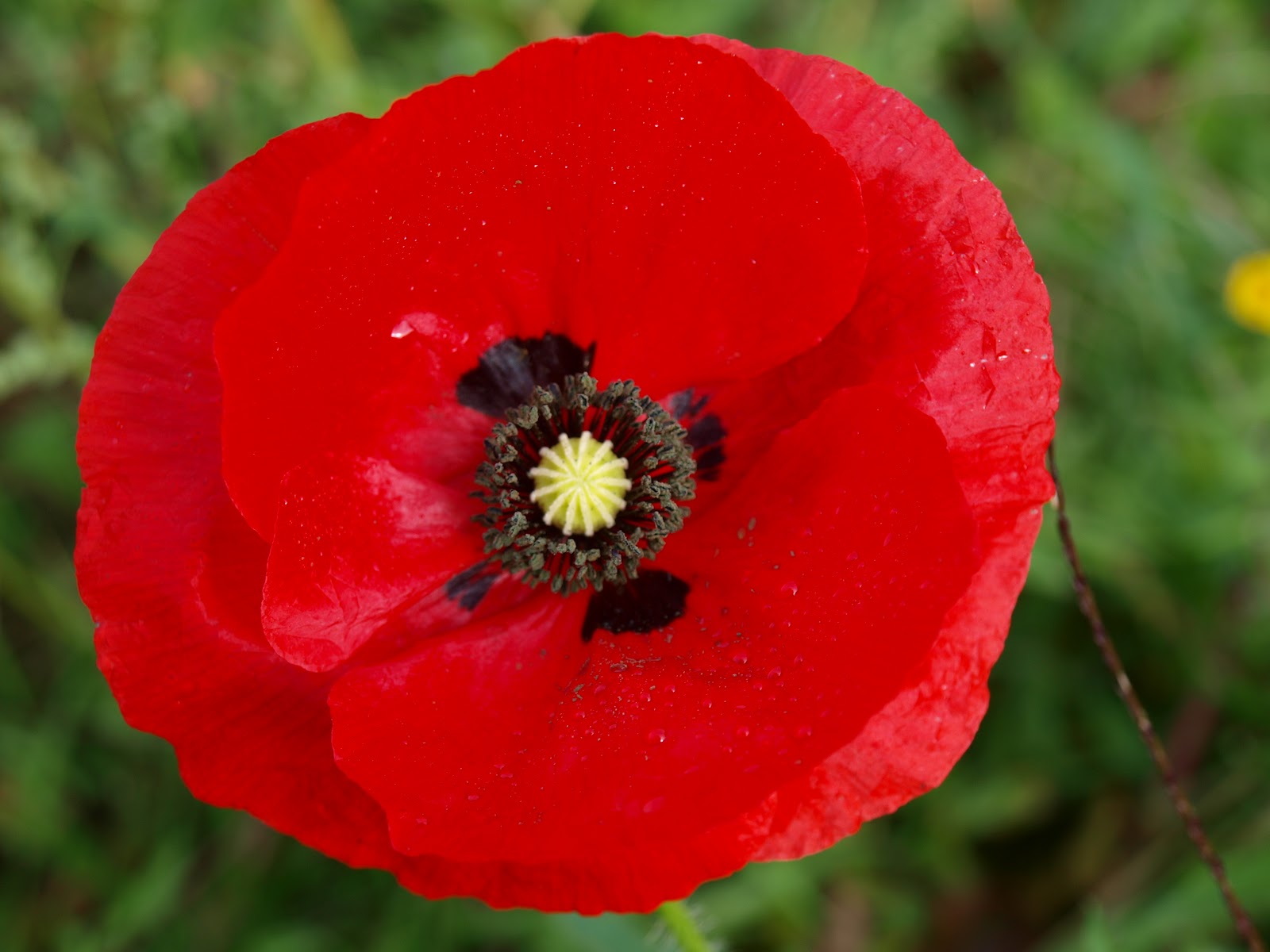 The Flanders poppy is cheap, beloved by bees and hardy in poor soil. Only a fool would think it unlovely and its nature adheres very well to our cultural calender here in Australia—unusually for a northern flower living under a southern sun.  Sow the seeds on ANZAC day and see them bloom for Armistice.

Honestly, I’m all for sober reflections of The Great War; I have one in my garden and the nation is hosting a raft of sanctioned events, floral, flowery and otherwise. It can only do us good to look at modernity’s most savage and defining moment and ask of it what we can. War is a great university and can give us a good education.

But there is something that troubles me about this acceleration toward Gallipoli. And it is NOT just the threat that Mel Gibson might enjoy a career renaissance.

In part, it is that the story of the campaign becomes less, as I remember it as a child, of one of hopeless Australian dedication to a super-power played out in the Middle East. (We really seem to have learnt from that one, eh?)

It is more that we are so picky about the history we says directly informs us.  We see some acceptable histories so simply and as part of a process of arrival at the present. We see (or try not to see) others like a family history of which we are ashamed.

Courageous thinkers tell us not to look at any sort of history in a straight line; to embrace the idea of difficult genealogy instead of easy stories. History as we popularly and foolishly understand it is as a basic geometry that reveals clear planes from the past ascending to the present. But Euclid 101 is a less reliable guide to the past than, say, the icecream curves of a rococo palace redecorated over time. Or, the confusion of a field of poppies grown in place where the hooves of warhorses happened to fall.

History is not a straight line; more like a battleground accidentally ploughed into a flower garden that still has the capacity to break our hearts and divide us into nations. But, we post-colonial honkies look back in a straight line to the Great War and say “that made us who we are”. And that, of course, is partly true.  But we look back at the matter of our very violent settlement that is still producing death and say “well, that wasn’t anything to do with me”.

We can’t have it both ways. We can’t say that we have a connection to the victimised flesh of boys in 1915 and that our nation was born out of its innocence on the bloody shores of Thrace and somehow, the fact of twentieth century massacres and the theft of children and a raft of statistics that I won’t ruin your Saturday afternoon in sharing have no impact on our life.

In other words, why remember Gallipoli as significant but retain no mental room for Slaughterhouse Creek?

People like to say that this is the “black armband” view of history; even if they agree that terrible things happened and are still happening, And even if they are the sort of people who might admit that the very recent theft of native land is what has led to white prosperity in this nation, they will still say “black armband” and “white guilt” as though we can’t look at this history because it will only make us all miserable.

The way to move forward, as critics of the “black armband” view say they want to, is not to ignore the past. We did not grow away from devotion to the Crown by ignoring Gallipoli and we cannot grow as a nation without owning up to the fact that it was, and is being, violently stolen.

Of course the problem is too hard because we won’t look it in the face. We won’t accept that this is the invisible core of our history and not an optional study module.

So when you think about the Great War across the next year and its extraordinary impact on our lives that still reverberates, extend that logic to ongoing theft and genocide. Let’s look back with candour so we can move ahead in honesty.

I should say this short observation is not intended to ruin anyone’s day or irritate anybody’s “guilt”. It is more a statement about the function of history than it is anything at all. If you look back even a little and ask the past questions, keep going.  Dust off that family genealogy.

And I would also like to offer that what is required here is not just “awareness-raising”. I don’t think, for example, the “Recognise” campaign’s constitutional tip-of-the-hat to Indigenous peoples will make much difference at all. It’s a floral emblem and not a beginning. Something much grander that will one day lead to planting a particular kind of flower in your garden needs to happen.  The flower is lovely but it is not, despite its lovely representative qualities, a signifier of growth. It is a memory of something that has not yet happened; something which in itself requires institutional memory.

If you don’t make the effort to remember, you’re a fuckwit. And you are enjoying the prettiest blooms of history without any sort of gardening at all.

You may, if you wish, go on being a fuckwit. You can go on believing that “They” deserve it or that it did not happen and is not happening and you do not benefit from it and I don’t think the fact of your fuckwittery will make much difference; no more difference than my Flanders poppies. Be a fuckwit. I don’t care and ultimately, the worst thing you will do is hurt a few feelings with your idiocy. No one needs your tolerance or understanding. What everyone needs is large-scale institutional and public policy change of the sort that might happen, say, after a World War.  After too many heartbreaking deaths.

So keep being a fuckwit all you want. But what you cannot do in all legitimacy is continue being a fuckwit AND say that you have a real interest in history. Because you don’t. You have an interest in reading a fiction that flatters your view of yourself and makes you seem as lovely and innocent as a flower.

So, be a fuckwit. Blame “them” and scream until you’re hoarse about how “it wasn’t me”. Of course it wasn’t you. But do not dare pretend that you have any use for history that is greater than the service of your vanity.

It is a warm day and I am going back to the flowers that will serve me all spring.  If it is not already plain to you, I am not prescribing much beyond my garden and I am certainly not presuming to give you history as it *should* be understood; there are great Aboriginal historiographers who can do that a jillion times better than me.

I’m just asking you to think about history.

Telling people to go and fuck themselves is wrong; and not just because it’s impolite. It is wrong because it locates intolerance of the type in the individual, and not in the society that produced that intolerance.

Manning is a person whose body—whatever its sex—has rotted in neglect along with our freedoms.

And before you tell me “we can walk and chew gum at the same time”, please consider that fighting for our access to a document of mass-murder is a bit harder than “walking” and that changing ideas about gender that have developed over 4000 years is a bit more taxing than “chewing gum”.

Being a woman does not make me right and pure any more than it makes me wrong and fundamentally evil.

“Hello there, order ” I said in my most decisive Without a Trace of Woman voice. “You’re an IMBECILE, approved ” said […]

8 thoughts on “The Death of Flowers”